Tom Pelissero reports that the Seahawks are signing DT Bryan Mone to a two-year extension worth $12 million. 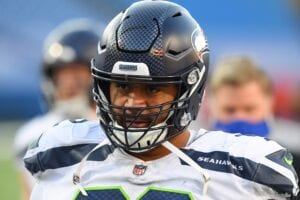 The deal also includes a $1.5 million signing bonus and can now earn up to $13.8 million through 2024 with incentives.

Mone, 26, signed on with the Seahawks as an undrafted free agent out of Michigan back in 2019. He wound up making their active roster coming out of the preseason but was waived a few weeks into the regular season.

Since then, Mone has been on and off of their active roster and was re-signed as an ERFA back in April of 2021.

In 2021, Mone appeared in 14 games for the Seahawks and recorded 35 tackles to go with one and a half sacks and a forced fumble.