Bob Condotta reports that the Seahawks have signed RFA DT Poona Ford to a two-year contract.

According to Tom Pelissero, Ford’s two-year contract is worth around $14 million with incentives. He receives over $4.4 million in 2021, which exceeds the second-round tender Seattle likely would have used on him.

Brady Henderson of ESPN reports that the Seahawks are working to finalize a two-year deal with DT Poona Ford. 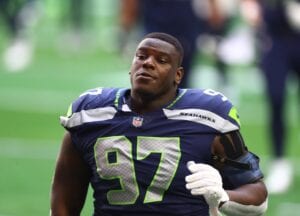 This would prevent the Seahawks from having to tender Ford a restricted offer before tomorrow’s deadline.

Ford, 25, wound up going undrafted out of Texas back in 2018. He later signed a three-year contract with the Seahawks and managed to make the active roster the past three seasons.

In 2020, Ford appeared in all 16 games for the Seahawks and recorded 40 tackles, two sacks, and a forced fumble.