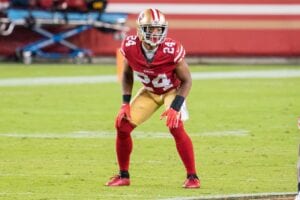 Mehta mentions that Jets’ new HC Robert Saleh is interested in reuniting with Williams but New York has not made a formal offer.

Mahta projects that Williams will earn around $4-$5 million per year on his next deal.

It was also reported earlier this week that the Jets have “done their homework” on Williams, so New York is definitely a team to watch for the free-agent cornerback.

Williams, 29 wound up signing on with the Browns as an undrafted free agent out of Pittsburgh back in 2014. He was in the final year of his three-year, $1.53 million contract when the Browns cut him loose during the preseason.