The Pittsburgh Steelers officially claimed DE Hamilcar Rashed off of waivers from the Jets on Wednesday and waived LB Ulysees Gilbert with an injury designation in a corresponding move. 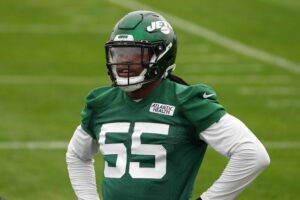 Gilbert will revert to Pittsburgh’s injured reserve once he passes through waivers unclaimed.

Rashed, 24, signed on with the Jets as an undrafted free agent out of Oregon State in 2021. New York elected to cut him loose earlier this week.