According to Aaron Wilson, the Steelers signed DB Mark Gilbert to their practice squad and cut C Ryan McCollum in a corresponding move. 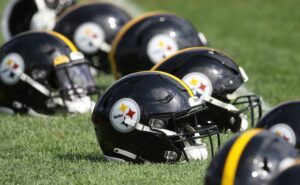 Gilbert, 25, signed with the Steelers as an undrafted free agent out of Duke following the 2021 NFL Draft. He was waived coming out of the preseason and re-signed to the practice squad.

The Lions signed Gilbert off Pittsburgh’s practice squad in October and he finished out the season in Detroit. The Lions re-signed him as an exclusive rights free agent but waived him coming out of the preseason. He returned to the Steelers practice squad.

In 2021, Gilbert played eight games for the Lions and recorded three tackles, one pass deflection, and one forced fumble.