According to Aaron Wilson, the Steelers signed RB Max Borghi and waived RB Master Teague with an injury designation on Thursday. 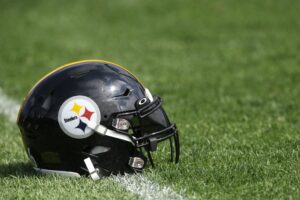 Teague will revert to Pittsburgh’s injured reserve once he passes through waivers unclaimed.

Borghi, 22, was twice named honorable mention All-Pac 12 and led Washington State in rushing in 2019 and 2021. He signed with the Colts as an undrafted free agent following the 2022 NFL Draft.