The Pittsburgh Steelers officially signed WR Anthony Miller to a futures contract for the 2022 season. 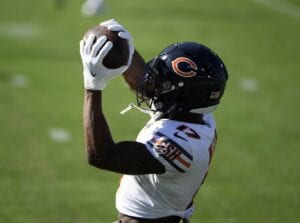 Here’s the updated list of futures signings for the Steelers:

Miller was owed a non-guaranteed base salary of $1,210,050 for the 2021 season when the Texans waived him in October. He later signed on to the Steelers’ practice squad.