According to Jeremy Fowler, Steelers WR Anthony Miller is likely looking at a rehab of several months for a shoulder injury. 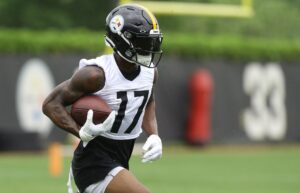 There’s an outside chance he could rehab in time to return later in the season but Fowler notes this will probably end his season.

Expect the Steelers to place Miller on injured reserve in the coming days.

Miller was owed a non-guaranteed base salary of $1,210,050 for the 2021 season when the Texans waived him in October. He later signed on to the Steelers’ practice squad and returned on a futures deal for 2022.