According to Aaron Wilson, the Texans cut WR Taywan Taylor from the injured reserve with an injury settlement and signed CB Antonio Phillips and WR Jalen Camp to the practice squad. 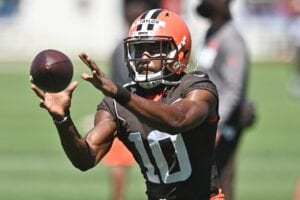 The Texans signed Taylor to a contract this past March but was placed on the injured reserve in recent weeks.