Field Yates of ESPN reports that the Texans are bringing in free agent S Earl Thomas for a workout this week. 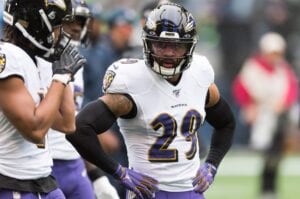 Adam Schefter reports that Thomas signing with the Texans is more likely than not.”

This is the first reported interest in Thomas since he became a free agent last month.

Houston had previously been tossed out as a potential landing spot for Thomas, along with the Cowboys and 49ers. However, it’s taken some time for him to schedule a workout.