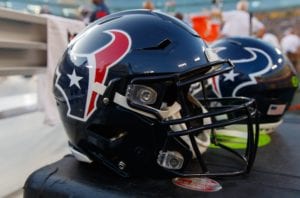 Green wound up going undrafted out of Texas A&M back in 2021. He later signed a rookie contract with the Texans, but was waived coming out of the preseason.

From there, the Texans re-signed Green to their practice squad and he was on and off of their roster throughout the season.

Houston brought Green back on a one-year contract this past March.