The Houston Texans worked out RB La’Mical Perine and DB D’Angelo Ross on Wednesday, according to Aaron Wilson. 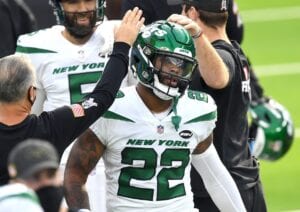 New York signed him to their practice squad but cut him loose  recently.

In 2021, Perine appeared in four games for the Jets rushed for 31 yards on eight carries (3.9 YPC) and no touchdowns.

During his four-year college career, Perine recorded 493 rushing attempts for 2,485 yards (5.0 YPC) and 22 touchdowns to go along with 72 receptions for 674 yards receiving (9.4 YPC) and eight touchdowns.