According to Jim Wyatt, the Titans have designated RB Darrynton Evans to return from their injured reserve. 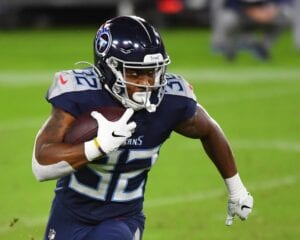 This opens a 21-day window for Evans to practice before being activated.

Evans, 23, was a two-year starter at Appalachian State and earned Sun Belt Conference MVP honors last season. The Titans selected him with the No. 93 pick of last year’s draft.