Ian Rapoport of NFL Media reports that the Titans are expected to sign LB B.J. Bello to a one-year contract after he worked out for the team on Thursday. 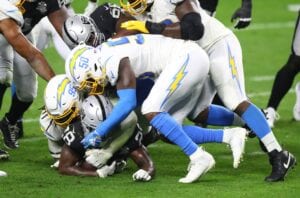 Bello, 26, wound up going undrafted out of Illinois State back in 2017. He later agreed to a contract with the Browns and was on and off of their roster over the next year.

From there, Bello had brief stints with the Cardinals, Eagles, Texans, Packers and Jets before joining the Chargers during the 2020 season. He was later added to their active roster.

In 2020, Bello appeared in six games for the Chargers and recorded five tackles and no sacks.