According to Emily Proud, Titans fourth-round OLB Rashad Weaver has been charged with simple assault by the Pittsburgh police. 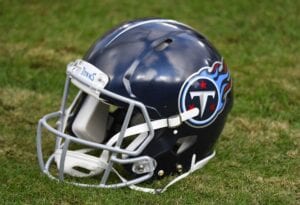 The charges stem from a criminal complaint filed Friday regarding an incident on April 18, per John McGonigal.

According to the document, police officers responded to find a woman lying on the ground surrounded by a group of people at 2:28 a.m. on South 17th Street between East Carson and Bingham streets.

One person at the scene said Weaver, who was not at the scene and was identified later, had punched the woman. Another person said they did not see Weaver throw a punch but did see the woman fall to the ground.

The two had gotten into an argument a few minutes prior at another bar and had to be separated by police officers. The woman told police later she threw her drink on Weaver.

As Weaver left the bar going in a different direction than the woman and her friends, he allegedly “stated to other officers on scene that he had no problem hitting a female if they needed it,” per the complaint.

Weaver, 23, was just drafted by the Titans in the fourth round out of Pittsburgh.