The Tennessee Titans announced that they have placed S Amani Hooker on the injured reserve and promoted K Randy Bullock from their practice squad in a corresponding move, per Jim Wyatt of the team’s official site. 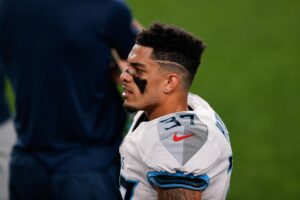 In 2020, Hooker appeared in all 16 games and recorded 49 total tackles, one tackle for loss, four interceptions, and eight pass defenses.