According to Jim Wyatt, the Titans are placing RB Trenton Cannon and DB Chris Jackson on injured reserve. 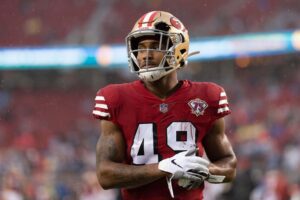 He was claimed by the Panthers and bounced back and forth between the roster and practice squad during the season. The Ravens signed him to a contract back in September but was waived a week later and claimed by the 49ers.

In 2021, Cannon appeared in 12 games and recorded three rushing attempts for four yards and no touchdowns, to go along with 328 yards as a kickoff return specialist.