The Tennessee Titans are releasing WR Adam Humphries on Thursday, according to Tom Pelissero. 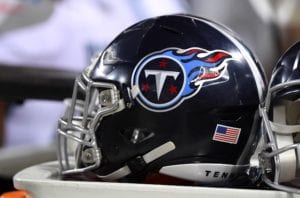 From there, Humphries signed a four-year, $36 million contract with the Titans in 2019.

According to OverTheCap.com, releasing Humphries will free up $4,750,000 of available cap space while creating $5 million in dead money.

In 2020, Humphries appeared in seven games for the Titans and caught 23 passes for 228 yards receiving and two touchdowns.