According to Aaron Wilson, the Titans worked out six players on Friday including LB Ron’Dell Carter. 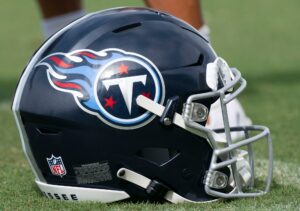 Of this group, Tennessee signed McKinley to their practice squad.

Carter, 24, signed on with the Cowboys as an undrafted free agent out of James Madison following the 2020 NFL draft. He was cut loose coming out of training camp and later re-signed to the Cowboys’ practice squad after clearing waivers.

The Colts signed Carter to their active roster in late September, but opted to waive him after. The Colts signed him off Dallas’ practice squad for a stint before Dallas claimed him back later in the season when he went on waivers.

Dalls re-signed Carter for the 2021 season but waived him coming out of camp. He signed with the Cardinals practice squad and spent most of the season there before being signed to the Texans’ active roster in December. Houston cut him loose in April and he was quickly claimed by the Cardinals, but was among Arizona’s final roster cuts.

For his career, Carter has appeared in four games but has yet to record a statistic.