Herbie Teope is reporting that the Chiefs are trading OL Yasir Durant to the New England Patriots in exchange for the Patriots’ 2022 seventh-round draft pick. 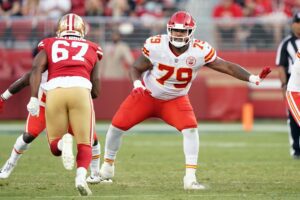 Durant, 24, wound up going undrafted out of Missouri back in April of last year. He later signed a rookie contract with the Chiefs.

Durant was a three-year starter at left tackle for Missouri.

In 2020, Durant appeared in 11 games for the Chiefs, making one start for them at tackle.