According to Matt Lombardo, the Giants are trading CB Isaac Yiadom to the Packers. 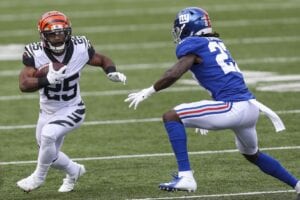 This is the second time in as many preseasons that Yiadom has been traded, as New York acquired him from the Broncos last year.

He agreed to a pay cut earlier this season. Yiadom’s new one-year deal will pay him $1.07 million and includes $100,000 guaranteed.

Yiadom was traded to the Giants at the start of the 2020 season for a 2021 seventh-round pick.

In 2020, Yiadom appeared in all 16 games for the Giants and recorded 46 tackles, a half sack, a forced fumble and five passes defended.