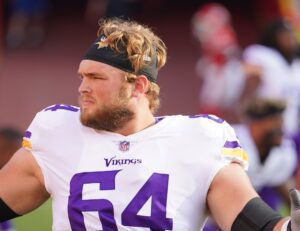 Brandel, 24, is a former sixth-round pick of the Vikings back in 2020. He signed a four-year, $3.45 million contract with Minnesota, but was waived coming out of training camp last year and later signed to their practice squad.

The Vikings brought Brandel back on a futures contract this past January before waiving him last week.

In 2021, Brandel has been active for two games for the Vikings.