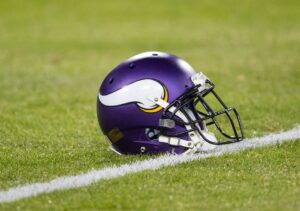 Pelissero adds that Poles and Adofo-Mensah are considered the “two finalists” for the job.

Here’s where things stand in Minnesota’s search for its next GM:

Poles, 35, joined the Chiefs as a scouting assistant in 2009. He’s risen through the ranks, becoming the director of college scouting in 2017 and adding assistant director of player personnel to his title in 2018.

He was also considered a finalist for the New York Giants general manager job, but they hired Joe Schoen on Friday.

Adofo-Mensah, 32, was hired as Cleveland’s VP of Football Operations in March of 2020. He was also with the San Francisco 49ers for seven years and served three years as their director of football research and development for nearly three years.

The Bears have also hosted Adofo-Mensah for an interview.