Ian Rapoport reports that the Vikings are signing former Cowboys’ S Xavier Woods to a one-year deal worth up to $2.25 million. 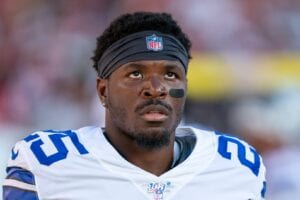 Rapoport adds that this will be a perfect system fit for the Vikings and a signing that has a high upside.

Chris Tomasson reports that Woods will get $1.75 million guaranteed, meaning his deal includes a $1.25 million salary and $500,000 signing bonus.

Woods, 25, was a sixth-round pick out of Louisiana Tech by the Cowboys back in 2017. He recently finished out his four-year, $2.55 million rookie contract that included a signing bonus of $159,888.

Woods was testing the open market as an unrestricted free agent for the first time in his NFL career this offseason.

In 2020, Woods appeared in 15 games for the Cowboys and recorded 72 tackles, one pass defense, and zero interceptions.