According to Aaron Wilson, the Vikings brought in RB Kerryon Johnson for a workout on Tuesday. 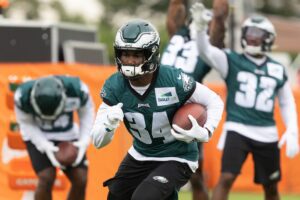 He was claimed by the Eagles but was waived with an injury designation and released with a settlement in August.