The Washington Football Team brought in four free agents for tryouts on Monday, according to Aaron Wilson. 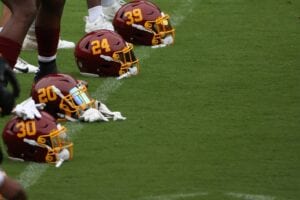 The Jets signed Jamerson to their practice squad a few weeks ago before recently being released.

Smallwood was claimed off waivers by Washington and spent the rest of the year with the team. He signed a one-year deal with the Steelers in 2020 and spent the season on the team’s practice squad.

The Jaguars added Smallwood to their practice squad last week only to cut him loose soon after.

In 2020, Smallwood appeared in one game for the Steelers, failing to record a statistic.