The San Francisco 49ers have claimed WR Nsimba Webster off of waivers on Wednesday from the Rams, according to Aaron Wilson. 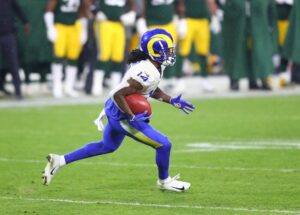 Webster, 25, wound up going undrafted out of Eastern Washington in 2019. The Rams later signed him to a rookie contract soon after.

Webster spent the past two seasons on and off of the Rams’ roster. He was, unfortunately, waived on Tuesday.

In 2020, Webster was active for 16 games but didn’t record a catch or target. As a kick or punt returner, Webster totaled 25 returns for 185 yards last year.