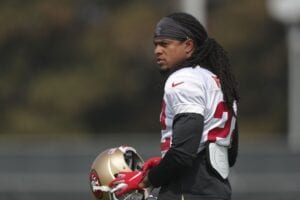 Verrett has unfortunately dealt with several serious injuries during his career.

He most recently signed a one-year deal with the 49ers worth $5.5 million, with a chance to make $6 million had he made the Pro Bowl.

We will have more on Verrett as the news becomes available.