The San Francisco 49ers brought in free agent defensive linemen Eddie Vanderdoes and Justus Reed for tryouts this week, according to Howard Balzer of SI. 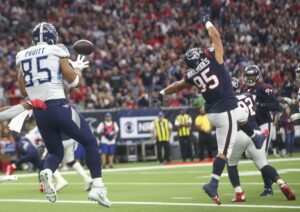 Vanderdoes, 26, is a former third-round pick of the Raiders back in 2017. Vanderdoes was in the third year of his four-year, $3.261 million contract when he was placed on injured reserve and later released by the Raiders.

Vanderdoes caught on with the Texans practice squad and was later promoted to the active roster. He then opted out of the 2020 season due to the pandemic and was cut by Houston this offseason.

Vanderdoes most recently worked out with the Bills back in May.