According to Aaron Wilson, the 49ers brought in eight players for workouts including S Tony Jefferson. 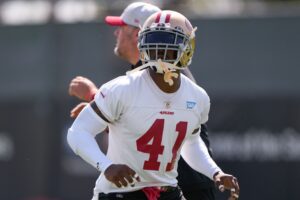 Of this group, the 49ers signed Adams and Wedington to their practice squad.

Jefferson, 29, originally signed on with the Cardinals as an undrafted free agent out of Oklahoma back in 2013. He played out his rookie contract in Arizona before signing a four-year, $34 million contract that included $19 million guaranteed with the Ravens in 2017.

Jefferson was set to make a base salary of $7 million for the 2020 season when the Ravens released him during the offseason. The 49ers signed him to a contract this past June but cut him loose with an injury settlement in August.

In 2019, Jefferson appeared in five games for the Ravens and recorded 21 tackles, no interceptions and three pass defenses.