Adam Schefter reports that the Bears are signing veteran CB Desmond Trufant to a one-year contract on Friday. 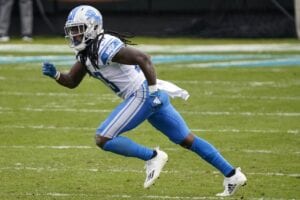 The Patriots were scheduled to host Trufant for a visit. However, it appears as though the Bears moved quickly to get a deal done.

Trufant will now get the chance to replace CB Kyle Fuller in the Bears’ secondary.

It’s worth mentioning that signing Trufant to a contract won’t impact a team’s 2022 compensatory picks, given that he was released this offseason.