According to Ian Rapoport, Bengals QB Joe Burrow is having surgery to remove his appendix. 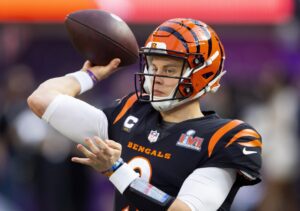 This obviously will knock him out of practice for some time but he should make a full recovery and hopefully be no worse for wear as far as playing this season.