According to Aaron Wilson, the Bengals are working on extensions to keep a number of assistant coaches from their Super Bowl team in place. 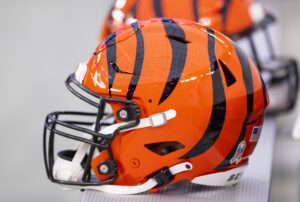 Wilson adds Cincinnati wants to reward those coaches ahead of the Super Bowl, while turning their attention on a long-term deal for HC Zac Taylor after the Super Bowl.

Taylor is very well regarded by ownership and the locker room and has been embraced by the fanbase following the team’s success this season.

Taylor, 38, began his coaching career at Texas A&M back in 2008 as a graduate assistant. He was later hired by the Dolphins as their assistant QBs coach in 2012 and worked his way up to offensive coordinator.

The University of Cincinnati hired Taylor as their QBs coach/offensive coordinator for the 2016 season and he later joined the Rams as their assistant WRs coach in 2017. Taylor was promoted to QBs coach in 2018 then hired by the Bengals as their head coach in 2019.

During his three years, Taylor has compiled a record of 16-32-1 (33.7 percent) and one postseason appearance.