According to Tom Pelissero, Bills OC Brian Daboll is scheduled to interview with both the Bears and Dolphins for their head coaching vacancies today. 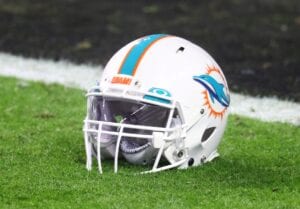 Daboll’s name has a lot of buzz with Miami in particular given his past connections to QB Tua Tagovailoa.

Buffalo remains alive in the postseason after a resounding 47-17 win against the Patriots on Saturday night, which undoubtedly enhances Daboll’s resume but also means teams will have to wait another week if they want to hire him.

Here’s where Chicago and Miami stand in their respective head coaching searches: