Ian Rapoport adds the Buccaneers’ one-year deal for WR Julio Jones has a base value of $6 million and can be worth up to $8 million.

Adam Schefter reports that the Buccaneers are signing veteran WR Julio Jones to a one-year contract on Tuesday. 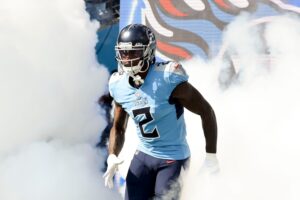 According to Schefter, Jones had interest from the Buccaneers and Packers, but Tampa Bay was ultimately the more aggressive team in the end.