Adam Schefter reports that the Eagles are hiring Colts OC Nick Sirianni as their next head coach. 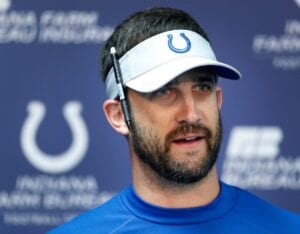 Recent reports mentioned that the Eagles were likely deciding between Sirianni and Patriots OC Josh McDaniels.

The Eagles interviewed Sirianni for the job on Tuesday and the meeting went well enough that it spilled over into Wednesday.

Here’s the pool of candidates for the Eagles’ job:

Sirianni, 39, began his coaching career at Mount Union back in 2004 as their defensive backs coach. After a few years at IUP, the Chiefs hired Sirianni as their offensive quality control coach and he held a few positions before joining the Chargers in 2013.

Sirianni served as the Chargers offensive quality control coach and QBs coach before moving to WRs coach in 2016. He was hired by the Colts as their offensive coordinator in 2018.