Jeremy Fowler of ESPN reports that with Ronald Darby returning from injury, the Broncos could once again field trade calls for some of their cornerbacks. 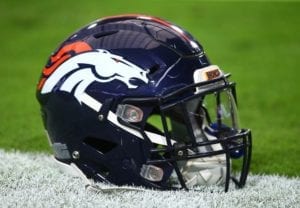 According to Fowler, Kyle Fuller and Bryce Callahan were two players teams were calling about during the preseason, but the injury to Darby forced them to retain their depth at corner.

Beyond that, the Broncos were reportedly looking for a third- or fourth-round pick in any deal.

Fowler mentions that several teams have actively monitored the cornerback market in recent months including the Bills, Seahawks, Jets, Texans and Giants.

A prior report mentioned that the Saints called the Broncos about Fuller.

With injuries happening around the league, the value of cornerbacks has only gone up.

One issue for the Broncos, according to Fowler, is that Fuller is owed $9 million this season and Callahan is slated to make $6.5 million. Both are set to be free agents in 2022.

Fuller, 29, is a former first-round pick of the Bears back in 2014. He played out the final year of his four-year, $9,687,002 contract but Chicago declined his fifth-year option.

The Bears used the transition tag on Fuller in 2018, which allowed them to match the Packers’ four-year, $56 million offer sheet. Chicago officially released Fuller in March and he eventually signed a one-year, $9.5 million contract with the Broncos.

In 2021, Fuller has appeared in five games for the Broncos and recorded 17 tackles, no interceptions and two pass deflections.

Callahan, 29, wound up signing on with the Bears as an undrafted free agent out of Rice back in 2015. He was waived a few weeks into his rookie season and later signed him to the team’s practice squad before later being called up.

The Bears re-signed him on a one-year deal restricted deal in 2018 before allowing him to leave for Denver in free agency the following year.

In 2021, Callahan has appeared in five games for the Broncos and recorded 10 tackles, no interceptions and four pass deflections.