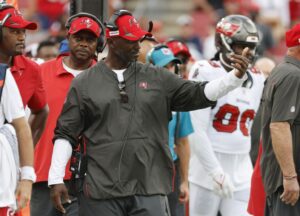 Garafolo added the Las Vegas Raiders are expected to have interest in Bowles as well.