The NFL announced Tuesday that Buccaneers RB Kenjon Barner has been suspended without pay for four games for violating the NFL Policy on Performance-Enhancing Substances. 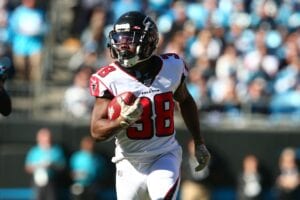