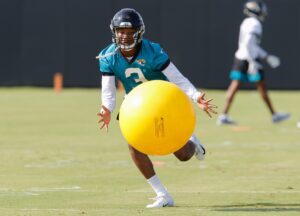 This comes after Arizona claimed Barcoo off of waivers from the Jaguars earlier this week, but was waived with a failed physical.

Barcoo, 23, originally signed on with the Jaguars as an undrafted free agent out of San Diego State back in April of last year.

He was able to make their active roster as a rookie but was cut loose last week. Arizona claimed Barcoo off of waivers the following day.

In 2020, Barcoo was active for three games and recorded 10 total tackles, one tackle for loss, no interceptions, and one pass defense.