Adam Schefter reports the Arizona Cardinals are signing CB Antonio Hamilton to their active roster from the practice squad. 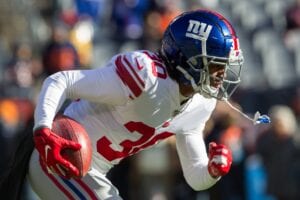 Hamilton, 28, wound up signing a three-year, $1.62 million contract with the Raiders as an undrafted free agent out of South Carolina State back in 2016. He managed to make the 53-man roster in each of his first two years in Oakland.

The Raiders waived him at the start of the 2018 season and he was claimed off of waivers by the Giants and re-signed to a one-year deal in 2019. Hamilton signed a one-year deal with the Chiefs in 2020 and later caught on with the Cardinals prior to the 2021 season.

Hamilton spent the first three weeks of the season on Arizona’s practice squad, but being elevated to the active roster for select games.

In 2021, Hamilton has appeared in three games for the Cardinals, recording six tackles, one pass defended and one fumble recovery.