Ian Rapoport reports that the Los Angeles Chargers are planning to activate LB Joey Bosa from the COVID-19/Reserve List, adding that he should play on Sunday against the Pittsburgh Steelers. 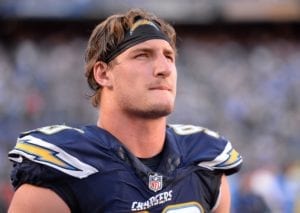 Bosa, 26, is a former first-round pick of the Chargers back in 2016. He finished his four-year, $25.8 million rookie contract, and Los Angeles wound up exercising his fifth-year option in April of last year.

Bosa was set to play out the 2020 season under the fifth-year option when he agreed to a five-year, $135 million extension with the Chargers last year.

In 2021, Bosa has appeared in nine games for the Chargers and recorded 28 tackles, 5.5 sacks, and three forced fumbles.