Nate Taylor reports that Chiefs are fearful that G Kelechi Osemele could be out for the season after tearing tendons in both of his knees in a non-contact situation on Sunday. 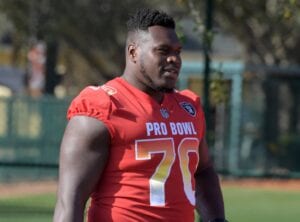 The Chiefs will likely be placing Osemele on injured reserve in the coming days, even if they do get good news regarding his knee injuries. 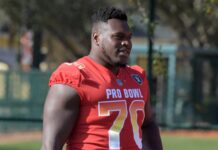