The Kansas City Chiefs officially made five roster moves on Tuesday in preparation for their Week 17 game against the Bengals. 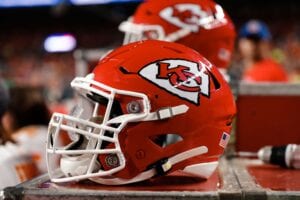 Fry was later waived and claimed by the Buccaneers, but was waived at the start of the regular season. He landed with the Falcons before recently joining the Chiefs.

In 2021, Fry has appeared in one game for the Chiefs and converted 3 of 4 field goal attempts and 3 of 4 extra point tries.