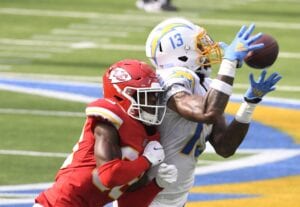 Sneed, 23, was selected with the No. 138 overall pick by the Chiefs in the fourth round of this year’s draft. He signed a four-year $3.9 million contract with Kansas City.

In 2020, Sneed has appeared in three games for the Chiefs and recorded 11 tackles, two interceptions and three passes defended.