Nate Taylor of The Athletic reports that the Chiefs are signing C Austin Blythe to a one-year contract on Tuesday. 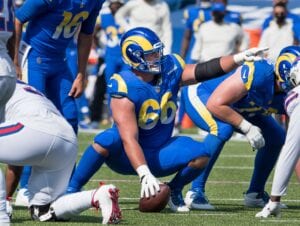 The Rams claimed Blythe off waivers and he played out the rest of his rookie contract with Los Angeles. He returned to the Rams last year on a one-year contract.