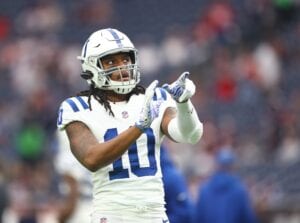 The Chiefs signed Fountain to a one-year deal in May.

In 2020, Fountain played in six games for the Colts, recording two catches for 23 yards.