Colts HC Frank Reich told reporters that sixth-round QB Sam Ehlinger will return to practice and be designated to return from injured reserve, per Mike Chappell. 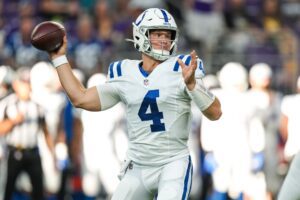 This opens up a 21-day window for Ehlinger to practice with the team before he has to be added back to the active roster.

The rookie had been dealing with a sprained ACL.

Ehlinger, 22, was a four-year starter at Texas, earning second-team All-Big 12 honors last season and was an honorable mention in 2018-2019.

During his four-year college career at Texas, Ehlinger completed 62.5 percent of his pass attempts for 11,436 yards, 94 touchdowns, and 27 interceptions. He also rushed 554 times for 1,907 yards and 33 touchdowns in 46 career games.