According to Jeremy Fowler, the Dolphins are expected to sign veteran OT Brandon Shell to a contract on Wednesday. 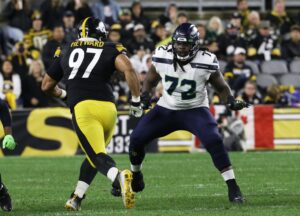 Barry Jackson confirms that Miami is signing Shell to their practice squad.

Shell has been testing the free agent market.

In 2021, Shell appeared in 10 games for the Seahawks, making 10 starts for them at right tackle.