The Miami Dolphins have re-signed WR Mack Hollins to a one-year deal on Tuesday, according to Josh Tolentino. 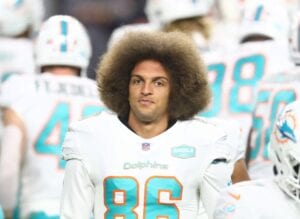 Hollins, 27, is a former fourth-round pick of the Eagles back in 2017. He was in the third year of his four-year, $3.03 million contract when the Dolphins claimed him off of waivers from the Eagles.

Hollins was testing the open market as an unrestricted free agent for the first time in his NFL career this offseason.

In 2020, Hollins appeared in all 16 games for the Dolphins and caught 16 passes for 176 yards receiving and a touchdown.